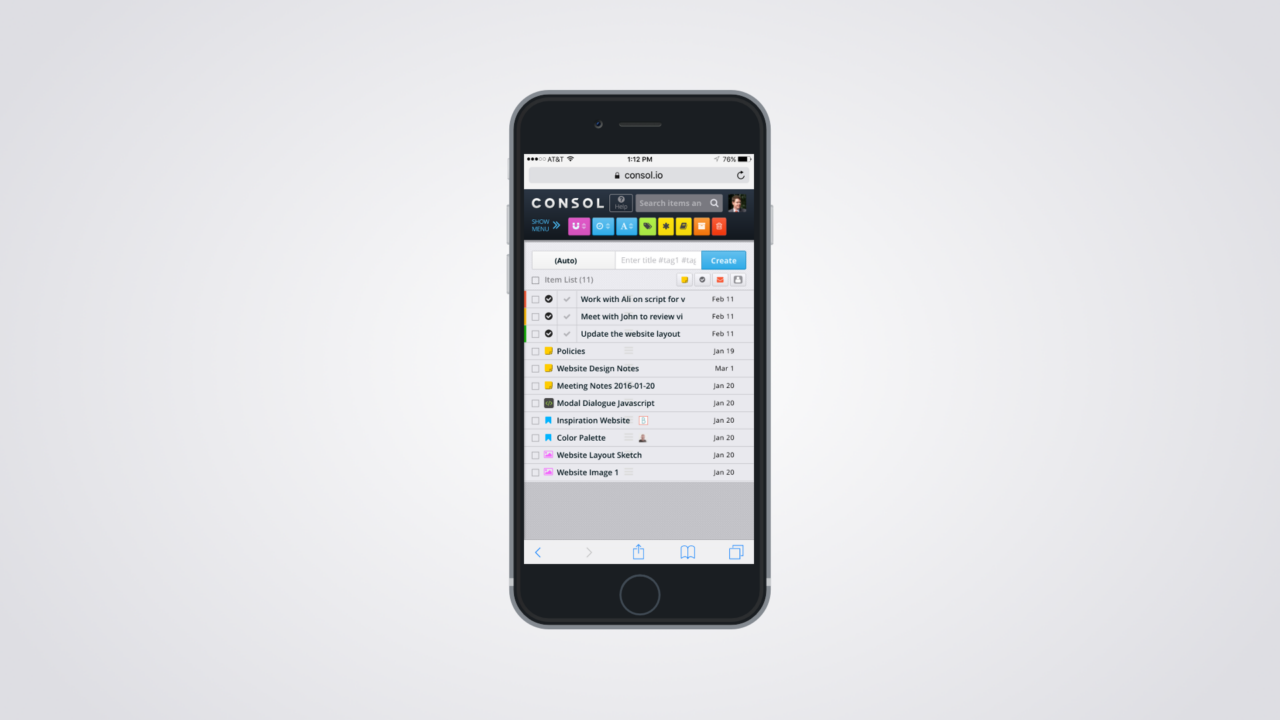 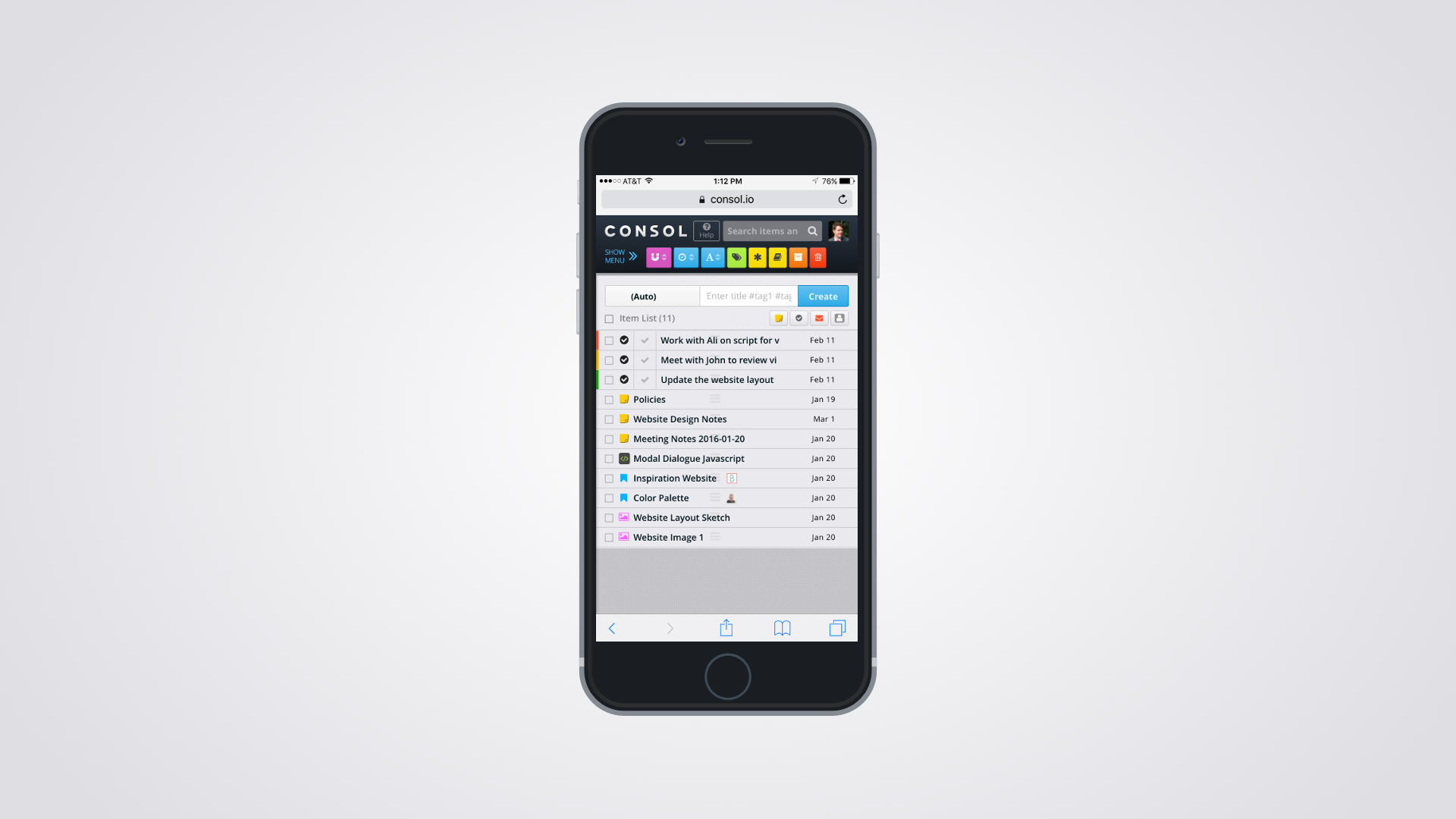 FORT COLLINS, CO — February 16, 2016 — Consol is for users who spend their work days on a computer and find themselves having to switch between multiple apps. By combining key productivity elements into a single experience, Consol aims to remove the necessity for app switching and provide context to project content that is often segregated across multiple apps.

Users create their own organization with hashtags called workspaces (parent tags) and categories (child tags). This hierarchy adds a layer of depth when organizing projects, as opposed to a single column of selections. Items can belong to multiple workspaces and categories creating additional avenues to find the same content item.

“Many productivity apps try to hide or minimize the organization in order to focus on the experience,” said Consol Co-Founder and CEO Chevas Balloun. “However, with a productivity app, the organization should be central to the experience. Being able to see the categories I’ve created, even when I’m not actively working in them, creates an information scent that is easy to track later on when I’m hunting for content.”

“I was frustrated trying to keep track of all my clients’ data with available tools,” said Balloun. “I was using a note taker, but kept having trouble finding my tasks or links within the notes. I’d try a task app, but felt like I never had room for extensive notes. Using multiple apps as a fix just seemed inefficient. One day I got fed up and cranked out rough designs of what is Consol today.”

Connections can be made with other users allowing for chat, copies of content to be sent back and forth, and content to be shared for collaboration. Dedicated workspaces, such as “Shared”, “Tasks” and “People” are permanent locations to find relevant data. The “Tasks” workspace, for example, will display every single task no matter how it’s tagged.

Consol is available now for $9 / month and an extra $7 / month for end-to-end encryption.

ABOUT CONSOL
Consol is a Fort Collins, CO based bootstrapped startup founded by three brothers, Chevas, Isaac, and O.Shane Balloun. Together they have experience working for Microsoft, Google, and Blackbaud and running their own businesses in the fields of design, development and law.